Skip to content
Dear Family and Friends!
This week has been a really good week!  We’ve been working a ton and finally seeing some results.  At the beginning of the transfer we said that we weren’t going to visit less actives unless everything falls at it’s 7:30ish and we haven’t been able to sit all day.  It’s been a couple of long hard weeks without a lot of sitting, but this week things have gone pretty good:)  We’ve a couple of families that should be getting baptized for June:)  And obviously we’re not done looking:)
The first is Alejandro, Marcela, and Danitza.  I wrote last week about them.  They’re pretty great!  They came to church on Sunday and everything!  And, they’re going to get married it looks like!  Last week we challenged them to go take out a turn to get married and they said they would do it on Friday.   Now when people say they will do something like that, they generally don’t and we have to go take out the turn with them, but they went!  But they couldn’t take out the turn because the computers were down, but they said that they would go on Monday to take it out!  And, we were talking about them doing their scripture study and she was like, “It’s hard to find time” and then Alejandro said, “But in the mornings when we’re drinking mate we can read together!”  And she was like “Yeah, let’s do that!”  We didn’t even have to say anything!  It was super great!
The second family is Verónica and Gonzalo.  We found them contacting this last week.  It was super cool, we knocked and talked to her for a little bit, and she said, “I have to go, but tomorrow you can come by if you want to listen to my problems.”  So we were like, “Sounds great, we love listening to problems!”  We went back the next day and found out about her divorce and the problems that she’s having with her teenage son Gonzalo and talked a little bit about lesson 3, and ended up putting a fecha!  And she accepted it so easily, saying that she wants to be able to start her live over!  And then as we were leaving she’s like, “I’ve got a question: what happens after we die?”  So we were like “We love talking about that, can we talk about it next time?”  She agreed, and a couple minutes later out of the blue she was like “Why are there so many different churches if there’s only one God?”  So we were like “We’ve got a lesson for that too!”  It was so great!
And here’s a cool follow up story from Calafate!  I don’t know if anybody remembers me writing about Cristian, the young adult that nearly got baptized several times in Calafate, but decided he didn’t want anything more both times he was going to get baptized?  I’ll include a picture of him. Anyway, he got baptized last week!  It was so great to hear!  My comp and I had suffered so much trying to help him but he was too afraid to take the last step!  But when I found out he made it I nearly cried for joy!  But I didn’t because I was too tired because I had just finished a really long day and it was 11:00 PM.:)
Anyways, you guys are all great!  Share the gospel with somebody this week!
¡Les quiero un monton!
Elder Trenton Behunin 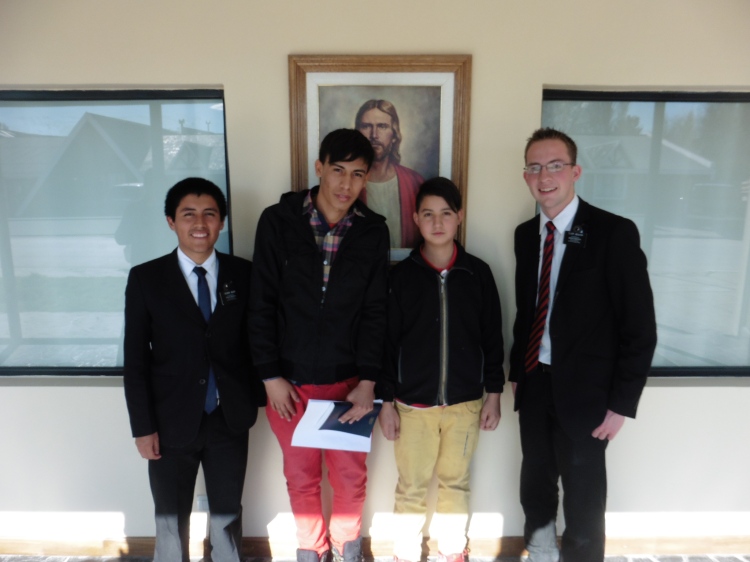 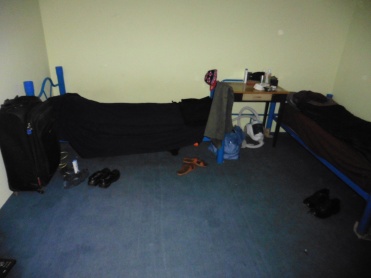 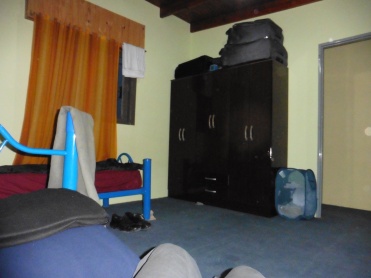 We cleaned the bedroom of who knows how many years of elders!