Skip to content
Dear Family and Friends,
This week has been a pretty good week.  We’re starting to get things rolling here a little bit in Abasolo.  We were able to find 10 really good people contacting in one day that we’ll passing by this week, so that’ll be really good.  People were a lot more receptive this week than they usually are, or atleast so it seemed.  Now we just need to find them again and teach them!
We also have an investigator that is progressing toward baptism, named Carlos.  He doesn’t understand very much of what we say because he had a stroke that left his thought process a little slower, and also left him partially paralyzed, but what he does know he likes and he loves going to the church.  The only thing that he doesn’t have is all of the lessons.
Oh, so the other day we were in the house of an investigator and I noticed a little pamphlet about the new Star Wars on their table to I asked them about it, and if they were fans, and they said kinda, but not really, do you want the pamphlet?  I about died!  I’m going to have to hide it though or I’ll die from trunkyness!  AHH! Someday…
I love you guys so much!  And HAPPY BIRTHDAY DAD!
¡Les quiero un monton!
Elder Trenton Behunin 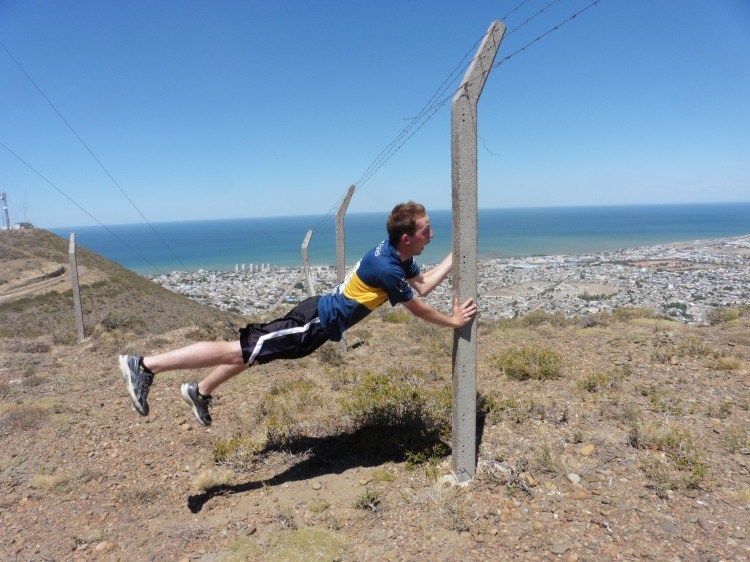 It gets pretty windy in here in Patagonia!! 😉 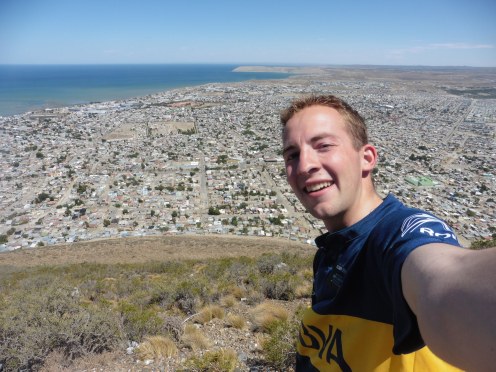 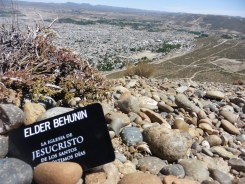 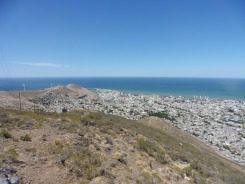 We went on a hike over looking my new area in Comodoro!
Trenton told a story in his personal letter to me about this hike with his district. A member had taken the missionaries and was showing them their area from the top. He suggested that they go home a different route because he had to go to work and that was closer. The trail soon ended and it was nothing but these thorny bushes. So they started running and jumping trying to dodge the bushes. All of sudden Trenton feels this pain in his foot  and looks down and their is an entire cactus plant stuck in his foot! He looked at it and started laughing pulled the plant off and keep running. When he got down they are able to pull the rest of the needles out! But when this happened all he said he could think of was “I got mom beat!” When he was like 10 we went to Arizona and while we were hiking with Danell I backed into a huge cactus and got lots of needles stuck in my arm! So as he was running down he forget about the pain just the fact that he now had a better cactus story than me!